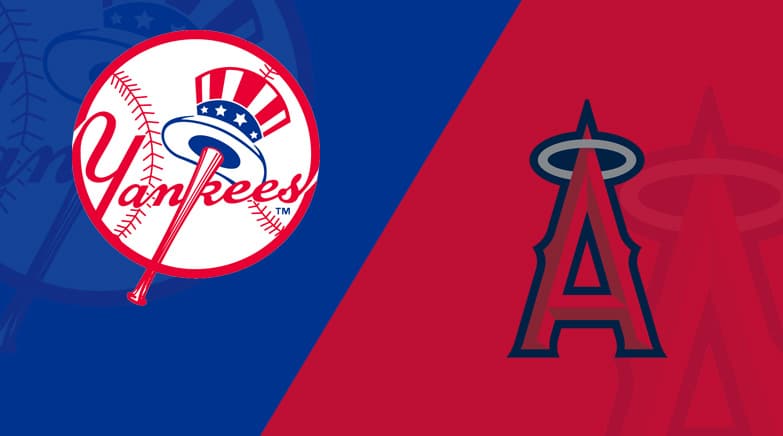 Although we don’t have plenty of action in the MLB on Monday, August 29, this battle between the two teams from the largest cities in the US is quite intriguing, so don’t miss out on the best Yankees vs. Angels betting pick and odds.

New York and Los Angeles will open a three-game series at Angel Stadium of Anaheim, and the Yankees are -179 moneyline favorites on FanDuel Sportsbook, while the total is set at 8 runs. These American League rivals have met three times this season, and the Yankees won all three in New York.

Yankees couldn’t make it six in a row

The New York Yankees were on a five-game winning streak but they surpassingly lost to the Oakland Athletics who snapped that positive run. Prior to a couple of wins to open a four-game series against the A’s, the Yankees beat their city rivals New York Mets over a two-game series. Game 4 of the series against Oakland is played at the time of writing.

DJ LeMahieu’s throwing error in the 11th inning cost the Yankees a win against the Oakland Athletics. The inability to hit against Oakland’s pitchers also didn’t help the Yanks, who registered a miserable one hit against one of the weakest teams in baseball. They actually took a 2-0 lead in the 10th after a wild pitch and an error, but the A’s tied the game and then took a 3-2 victory in the 11th. Domingo German (2-2) posted a strong start in 7.2 shutout innings on three hits with five strikeouts and no walks. Former Athletic, Lou Trivino, took a loss, his eighth of the campaign.

The Los Angeles Angels shocked the postseason-chasing Toronto Blue Jays with a series sweep in Toronto – a great response to nine losses in ten games. Before that series, the Angels were swept by the Tampa Bay Rays and Seattle Mariners. In the first two games of the series, Los Angeles kept the Blue Jays off the scoreboard, which is a big achievement knowing how strong Toronto’s lineup is.

The Angels booked an 8-3 victory in Game 3 thanks to Mike Trout, Shohei Ohtani, and Luis Rengifo, who chipped in two RBIs apiece. Also, these three batters combined for five runs. Tucker Davidson (2-4) started the game but was pulled off after 4.0 innings, during which he surrendered one run on three hits with five strikeouts and five walks. Andrew Wantz was credited with his second win of the season.

The Yankees are batting very well against southpaws this season; they are .249 with 5.90 runs per nine innings. Frankie Montas knows the Angels pretty well, given he played for the A’s, who are in the same division as Los Angeles. He started two games against the Angels this year (0-1) and has a 2.35 ERA across 7.2 innings. Ohtani, who is 9 of 21 with three homers and nine RBIs against him, could cause some problems for Montas, but I have faith in New York’s efficient offense to make up for any runs issued by Frankie. Montas is still searching for the first win in the Yankees uniform, which is another reason I am backing the visitors here.

Jose Suarez, after a fantastic start of the month and no runs allowed in two starts, allowed three in each of his previous two starts. New York is not scoring plenty of runs lately, but the Yankees are more than capable of scoring 3+ against southpaws. I am backing the visitors to score 5+ here and I am going with a high-scoring encounter. Over is 5-1 in the last six H2H meetings in Los Angeles, while Over is 3-1-1 in the Angels’ previous five vs. American League East opponents.Pick: Go Over 8 runs (-110)